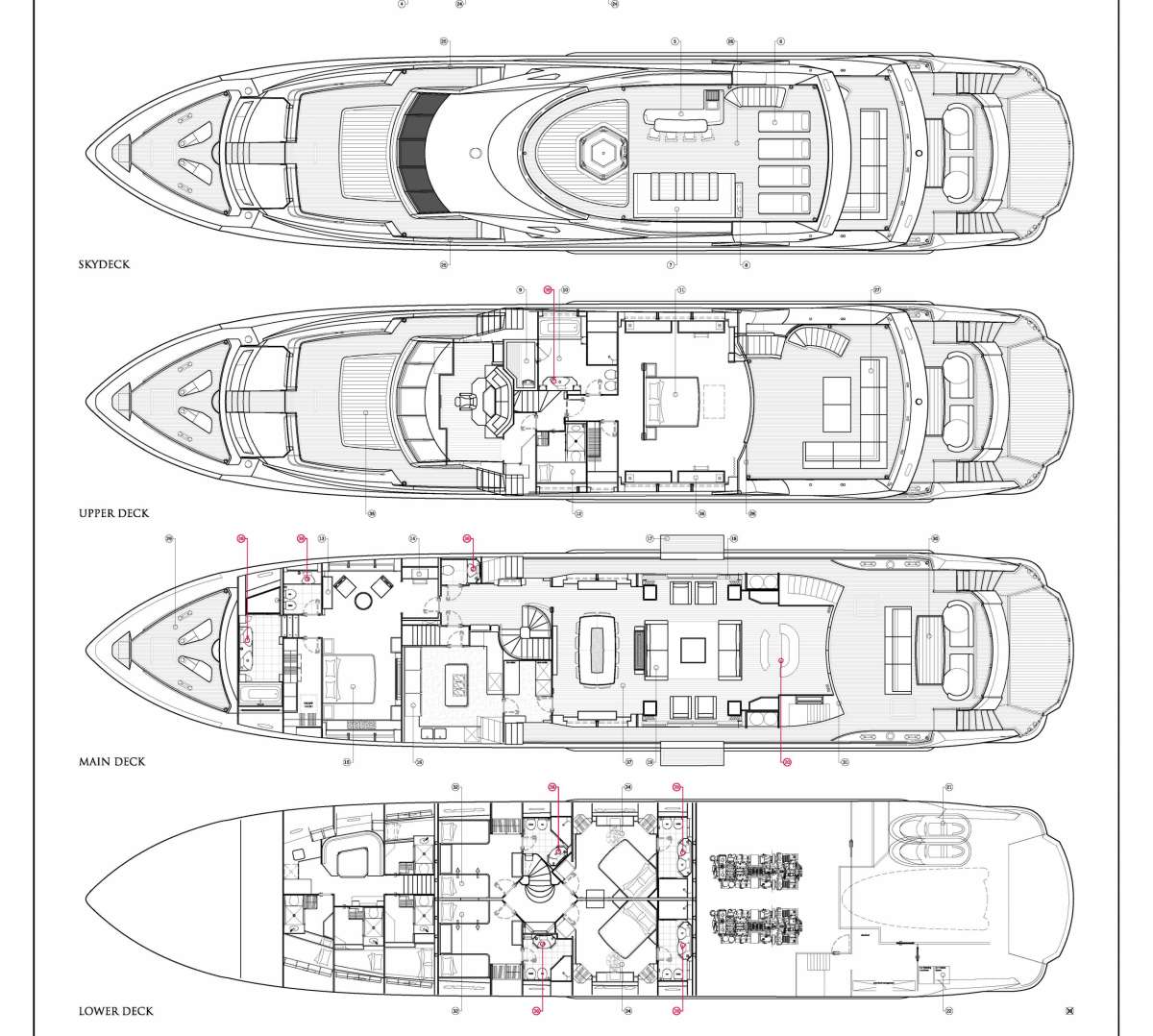 Captain, Panos Zorzos
Cpt Panos was born in 1969 in Athens, Greece. He graduated from the Merchant Μarine Academy in Hydra, in 1991. He is married and has one child. Cpt. Panos has been in command of many renowned yachts for the past 25 years before joining M/Y PATHOS. He joined M/Y Pathos in 2017 with a lot of expectations and ambitions. With a vast experience of the Aegean & Ionian Sea destinations (half of them in the Mediterranean Sea, mostly south France, and Italy) he can tailor-make your ideal itinerary around the islands & assist you with arranging your onshore activities. Cpt. Panos speaks English & Greek fluently and has a great sense of humor! His hobbies include cinema, movies, walking, soccer, and scuba diving.

Chief Engineer, Alexandros Karsanidis (Alex)
Chief Engineer Alexandros was born in 1972 in Athens, Greece, and graduated from the Merchant Marine Academy in Athens. He has worked with Captain Panos in the past and joined M/Y PATHOS in 2017. He is married and has 2 children. Alex commenced his career onboard tanker vessels, building experience, and knowledge, he then decided to switch his career and joined the yachting industry in 2001. He had previously worked together with Cpt. Panos for 6 very successful years onboard two luxury yachts. He speaks fluent English and Greek. Alex enjoys spending his free time cycling & reading books. He holds both a speedboat and a scuba diver license.

Chef, Fotis Koutantos
Fotis was born in 1973 in Athens. He has been working on Pathos since 2018. He is married and has 3 kids. He holds diplomas in Cooking and Patisserie from the “School of Tourism Professionals” in Anavyssos. Fotis started as a chef in some of the most well-known restaurants in Athens and has been in the yachting industry since 2012. Fotis is also a consulting chef in restaurants helping with their menu structure as well as their cuisine setup and training needs. He uses his talent and knowledge of fish to create new dishes inspired by Greek and Asian cuisine. He speaks fluent English & also communicates well in Italian. During his free time when not attending cooking seminars and exploring new creations & cuisine trends, he enjoys reading.

Chief Stewardess
Athina was born in 1981 in Thessaloniki, Greece. She studied Tourism Business Administration. Having been in the yachting industry for the past 15 years she has continuously improved her knowledge with courses in fine dining, silver service, and wine tasting. With her interior expertise and yachting experience, she has developed excellent customer service skills with a great eye for detail and is a vital asset to the team! Her previous yachts include M/Y MIA RAMA & M/Y OMEGA. She speaks English and Greek. In her free time, she enjoys travelling, making things, and wine pairing. She is married with three kids.

2nd Stewardess, Stamatia Pinatsi
Stamatia was born in 1978 in Nafplion, Greece. She studied Tourism Business
Administration. She started her career working in restaurants. She had been working in the yachting industry for the past seven years during which Stamatia has developed excellent coffee-making skills! During her free time, she enjoys playing basketball, climbing, and swimming. She speaks fluent English & Greek and is married.

3rd Stewardess, Cyril Adupe
Cyril was born in 1984 in the Philippines, and for the past 17 years, she has been living in Greece. Ever since she came to Greece, she has been working in the Tourism and Yachting industry specializing in hospitality and housekeeping. Her work experience includes working at five-star hotels and luxurious yachts. Cyril has been working on yachts for the past eight years. She speaks fluent English, Filipino, and Greek. She is married and has two kids.

Bosun, Christos Kantzilidis
Christos was born in 1977 in Koln, Germany, and graduated from the Merchant Maritime Academy in Thessaloniki. After the completion of his studies, Christos started working on Marshall Ships for 5 years, he then joined the yachting industry, where he has been successfully working on both private and charter motor yachts for the past 14 years. Christos’s sailing experience has taken him all over the Mediterranean Sea. He is a qualified rescue diver as well as a keen drone pilot enthusiast. Christos is happily married with two children and during his free time, he enjoys playing football as well as reading. Christos speaks Greek and English.

Deckhand, Νikos Silignakis
Nikos was born in 1994 in Piraeus, Greece. He started his career working as a carpenter, with experience in manufacturing wooden yachts, and is experienced with underwater constructions. For the last five years, he has been working in the yachting industry as a deckhand. In his free time, he enjoys scuba diving, basketball, & cinema. Nikos speaks fluent English and Greek. He is married and has two kids.

Deckhand, Nikos Peripoulidis (Peri)
Nikos was born in 1977 in Piraeus, Greece. For the last 15 years, he has been working in the yachting industry, his previous yachts include M/Y TOY A & M/Y BONITTO. Nikos joined Pathos in 2021, however he and Cpt. Panos have worked together for quite some time in the past. In his free time, he enjoys football, basketball, and fishing. Nikos speaks fluent English and Greek. He is single.