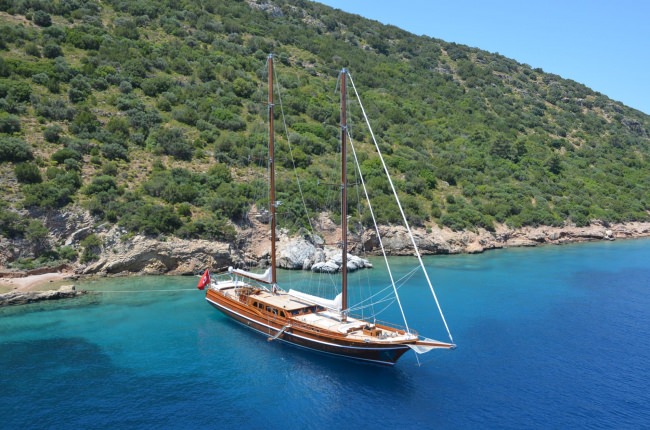 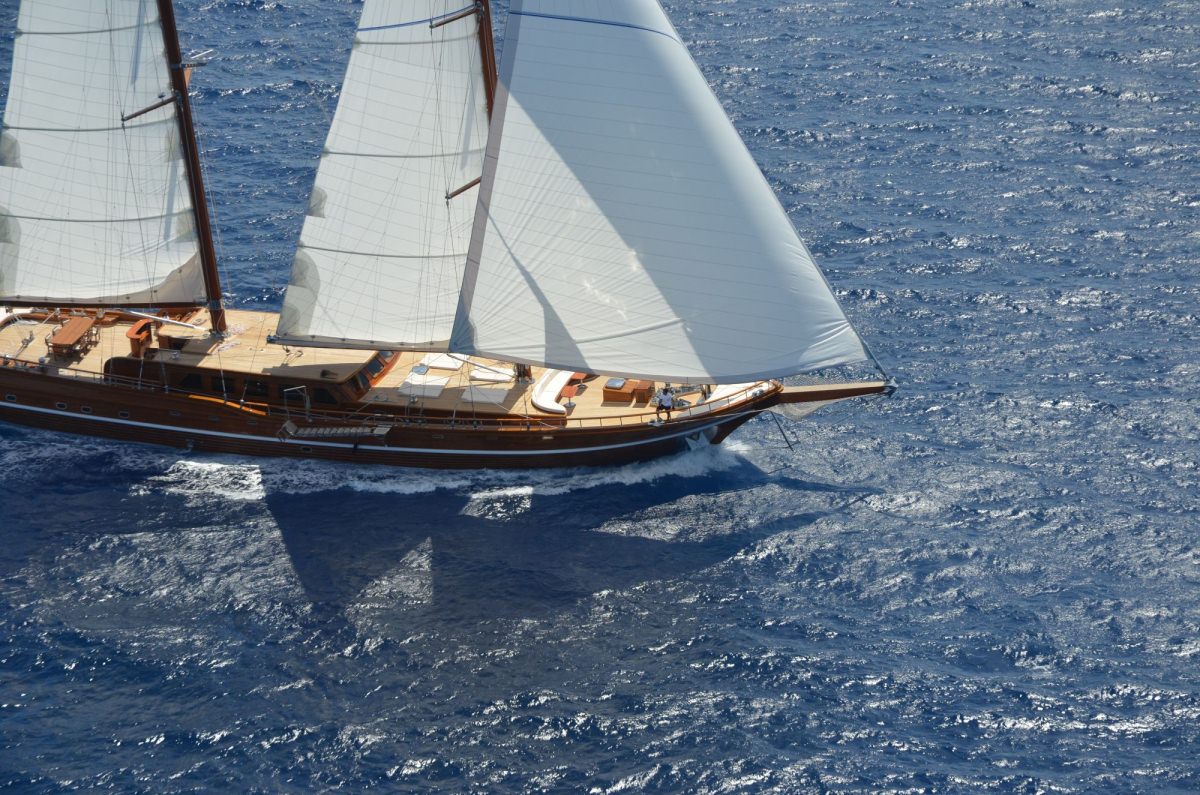 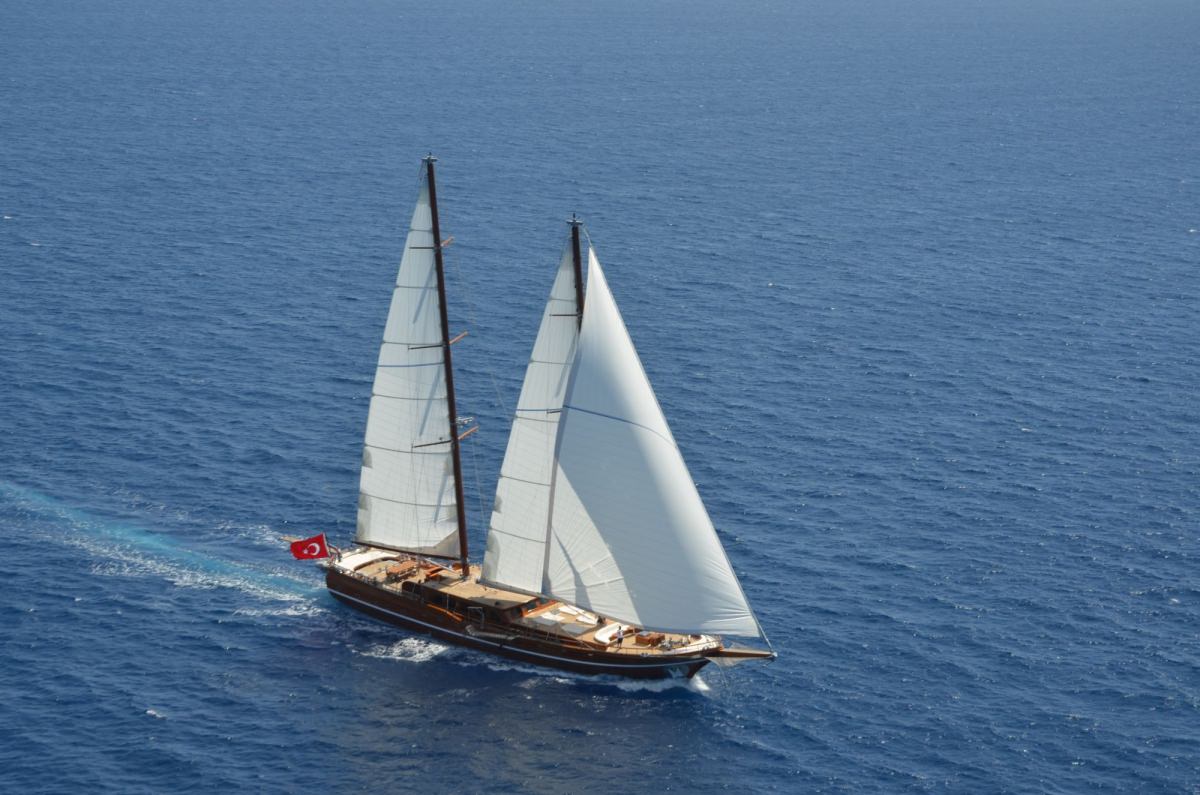 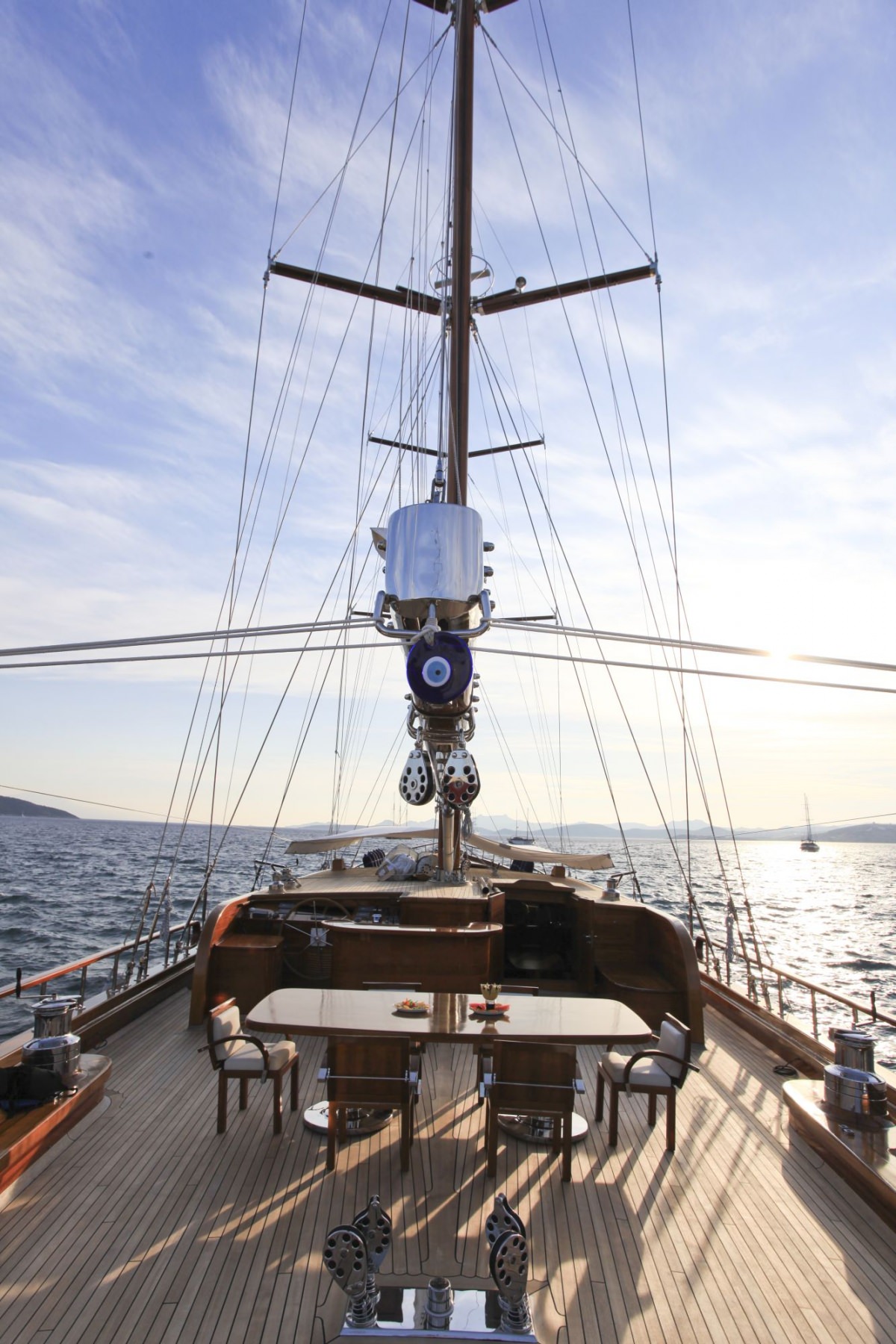 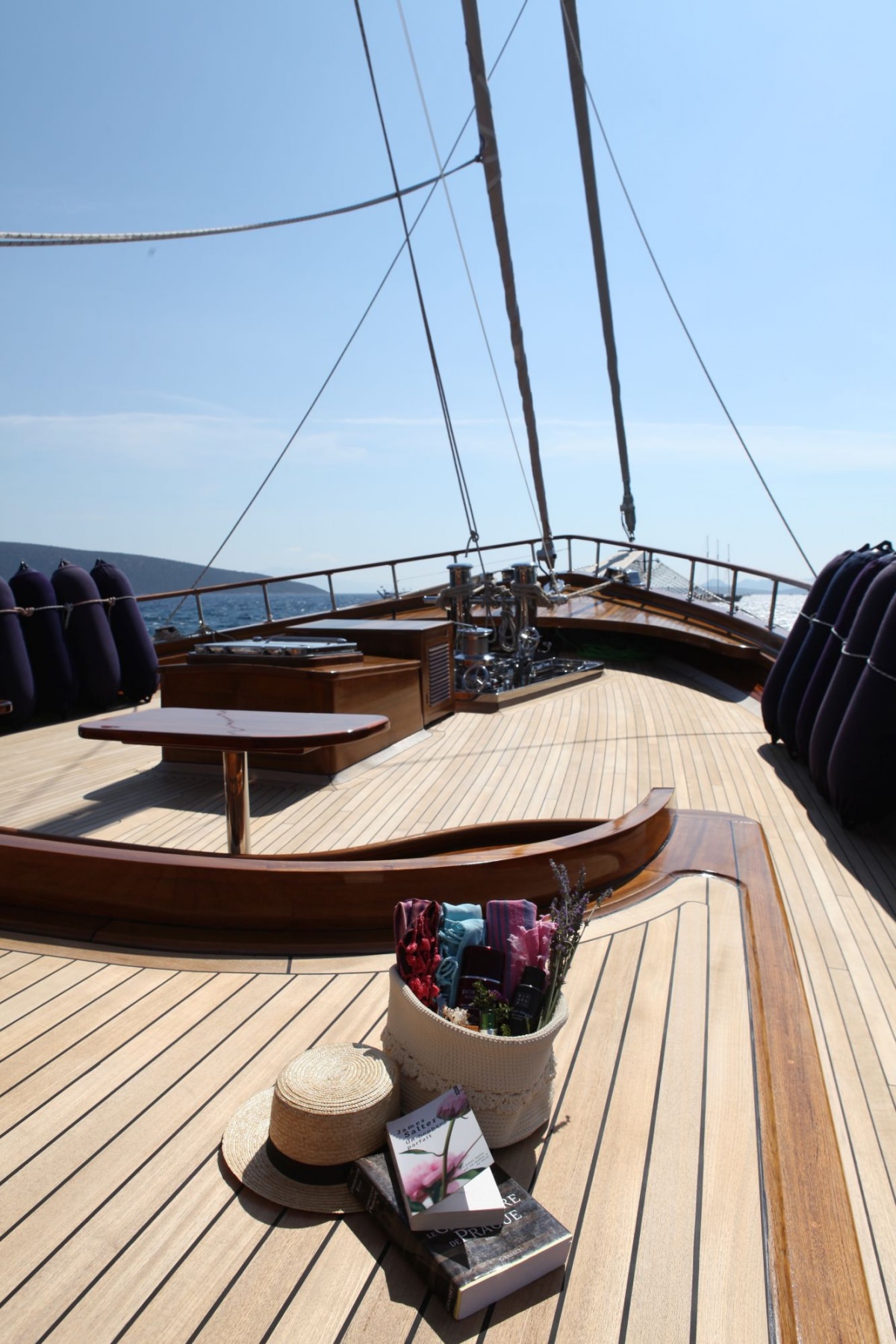 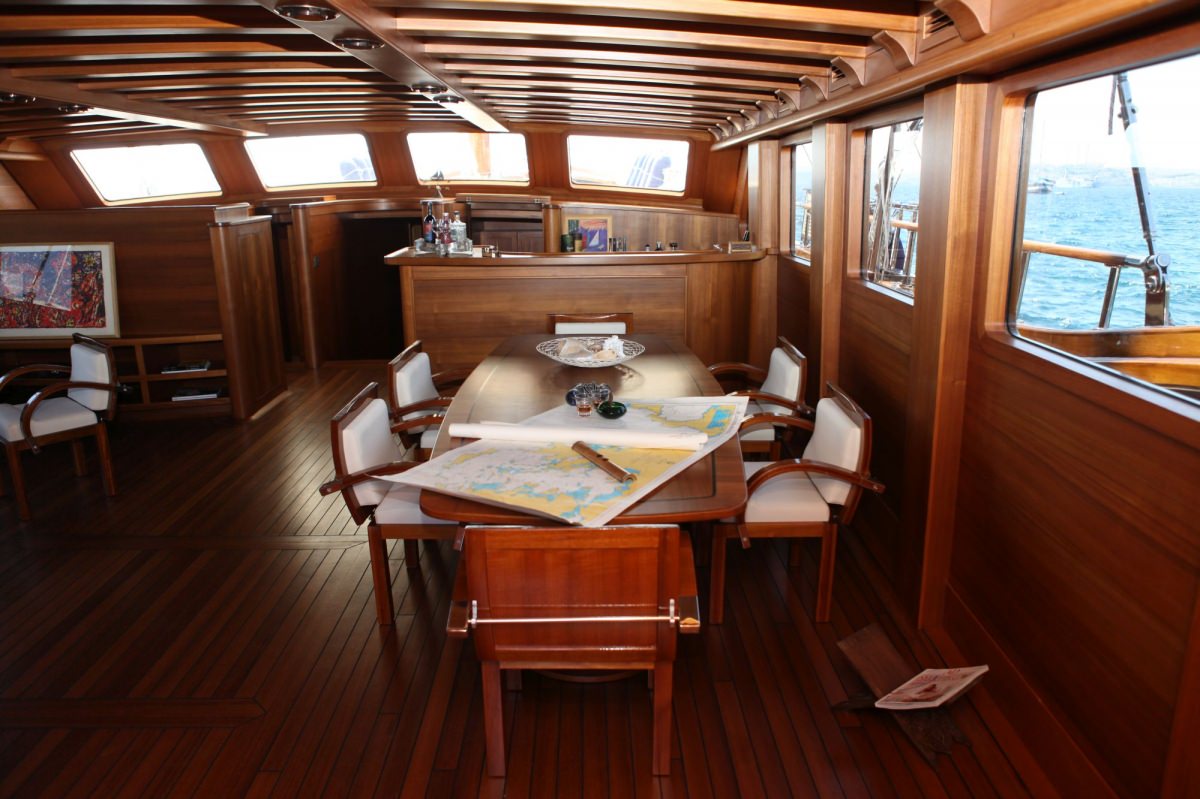 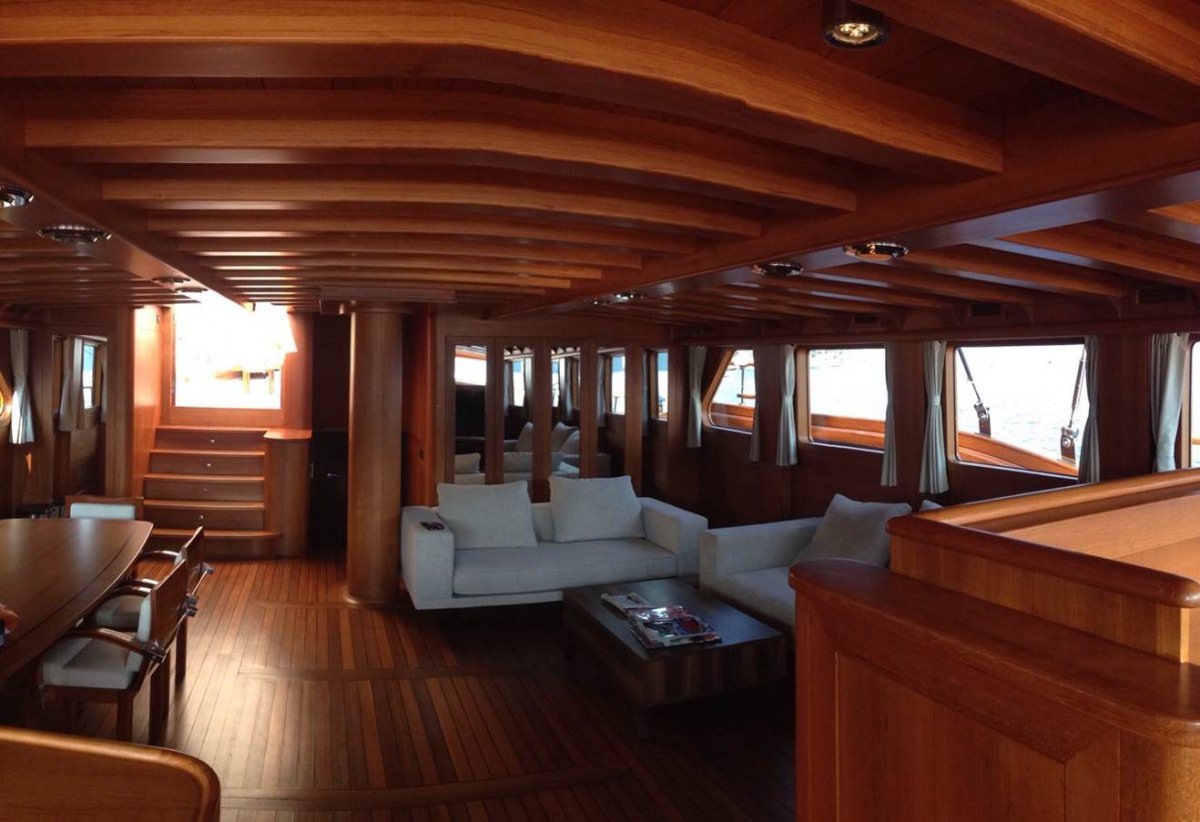 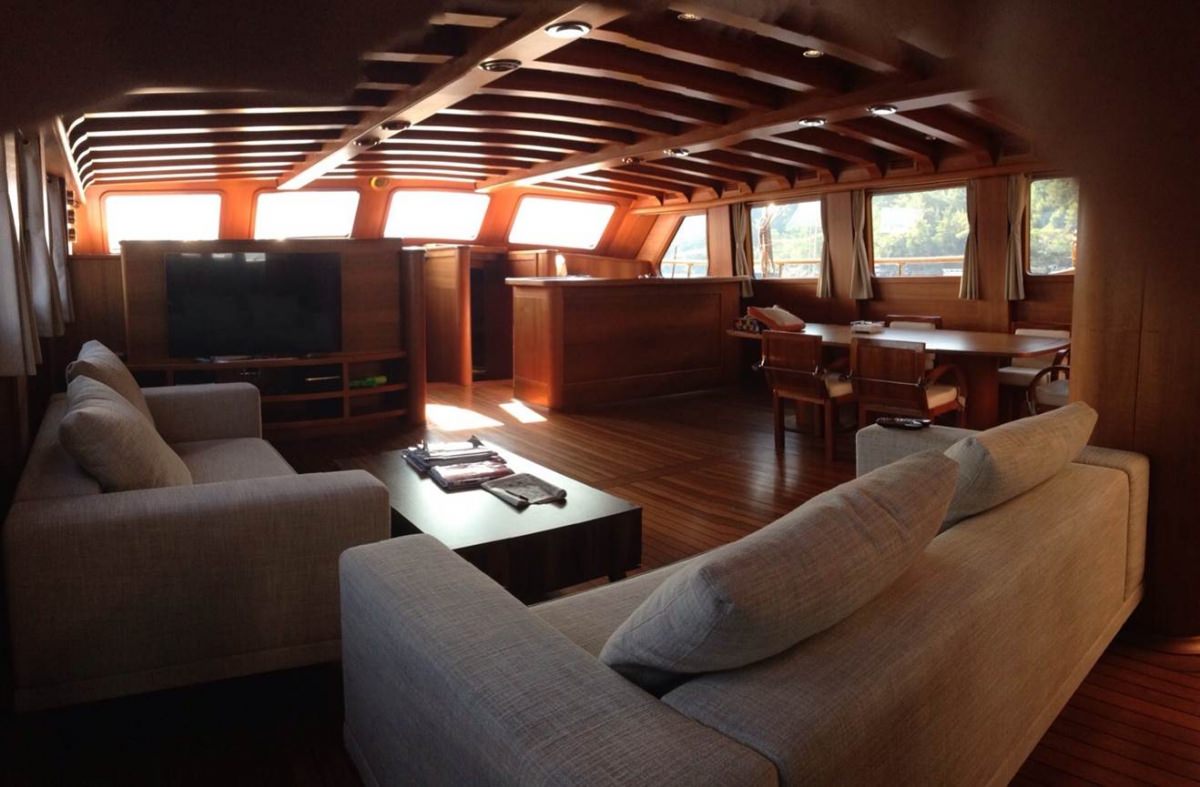 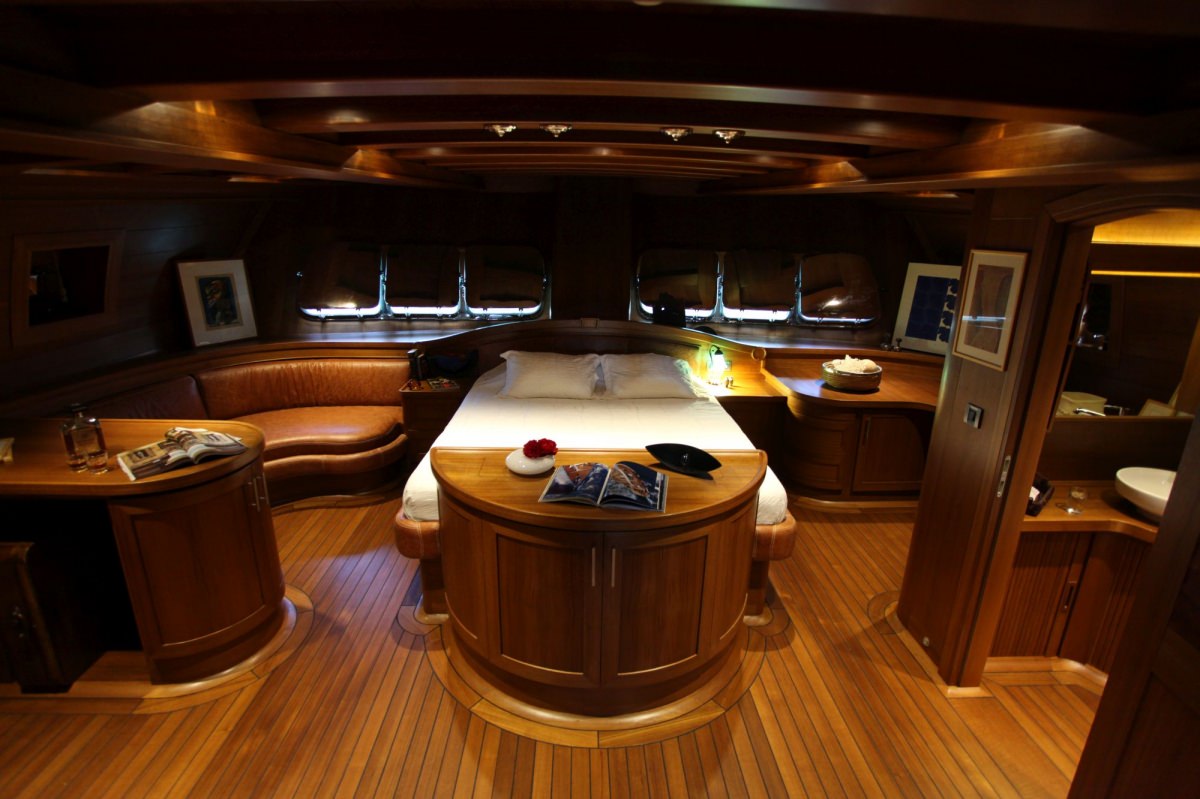 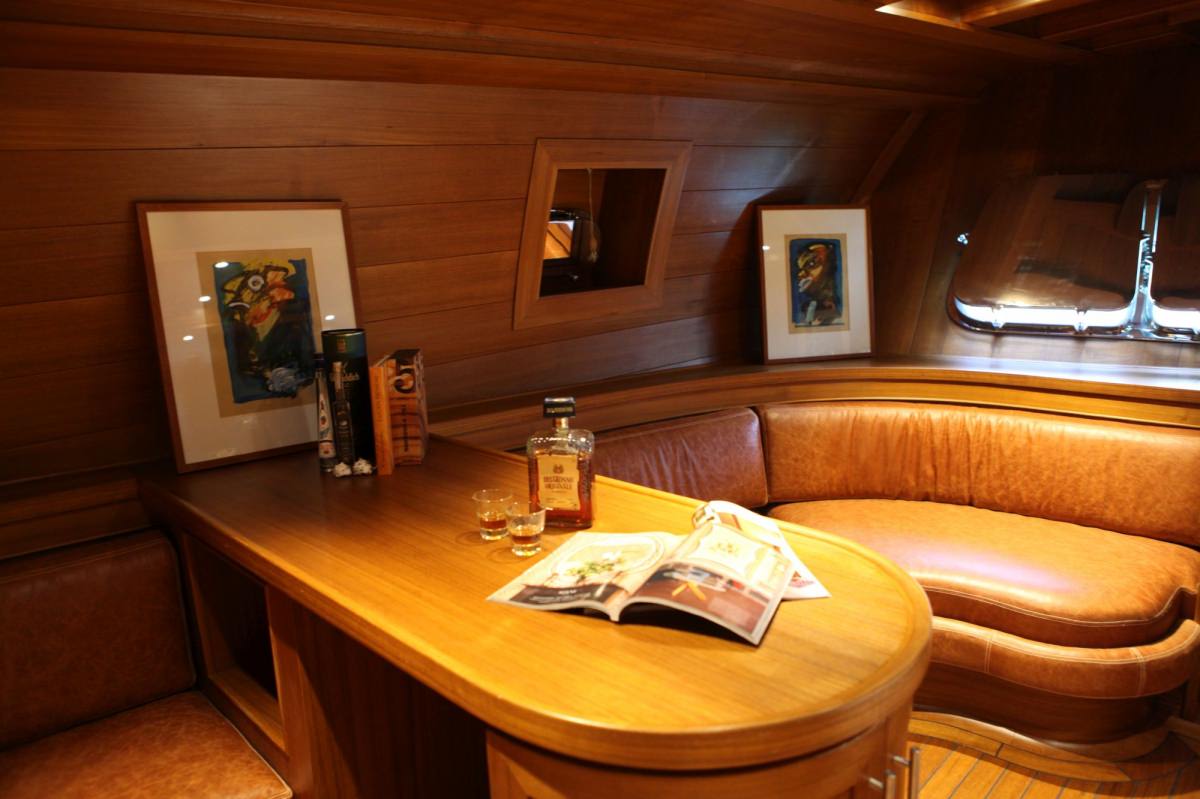 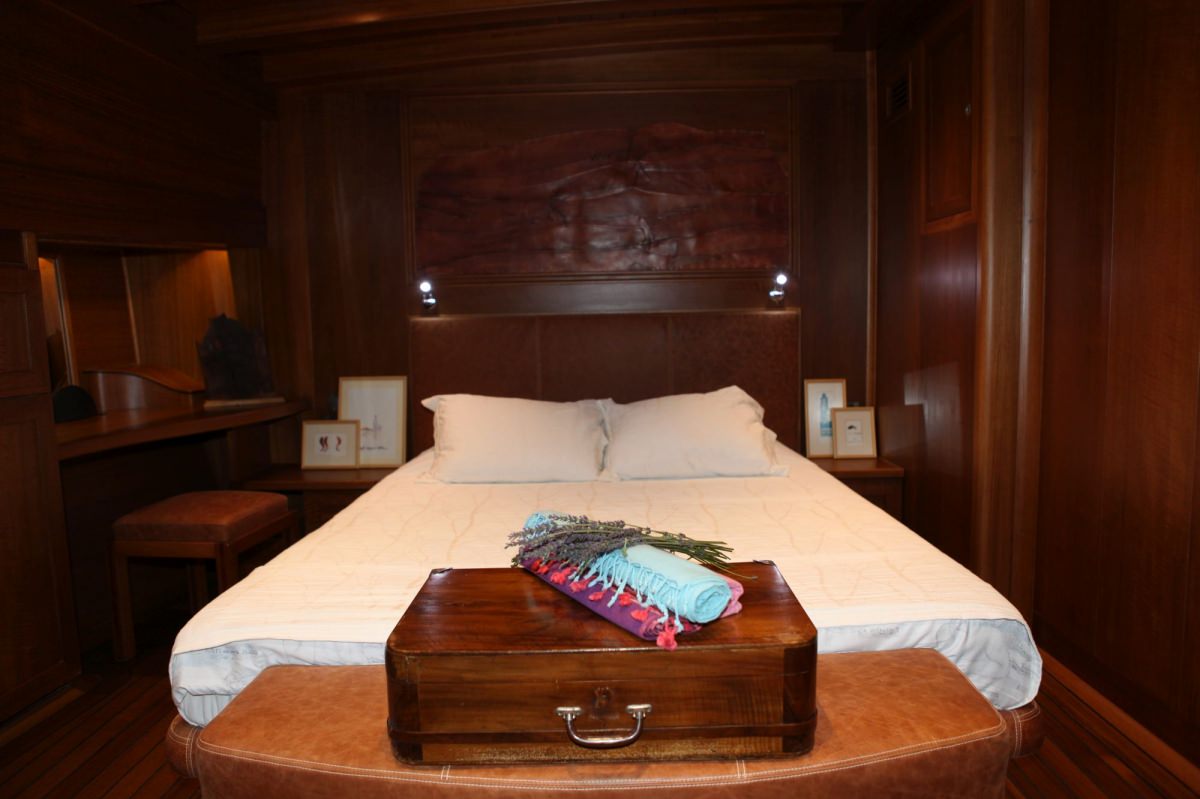 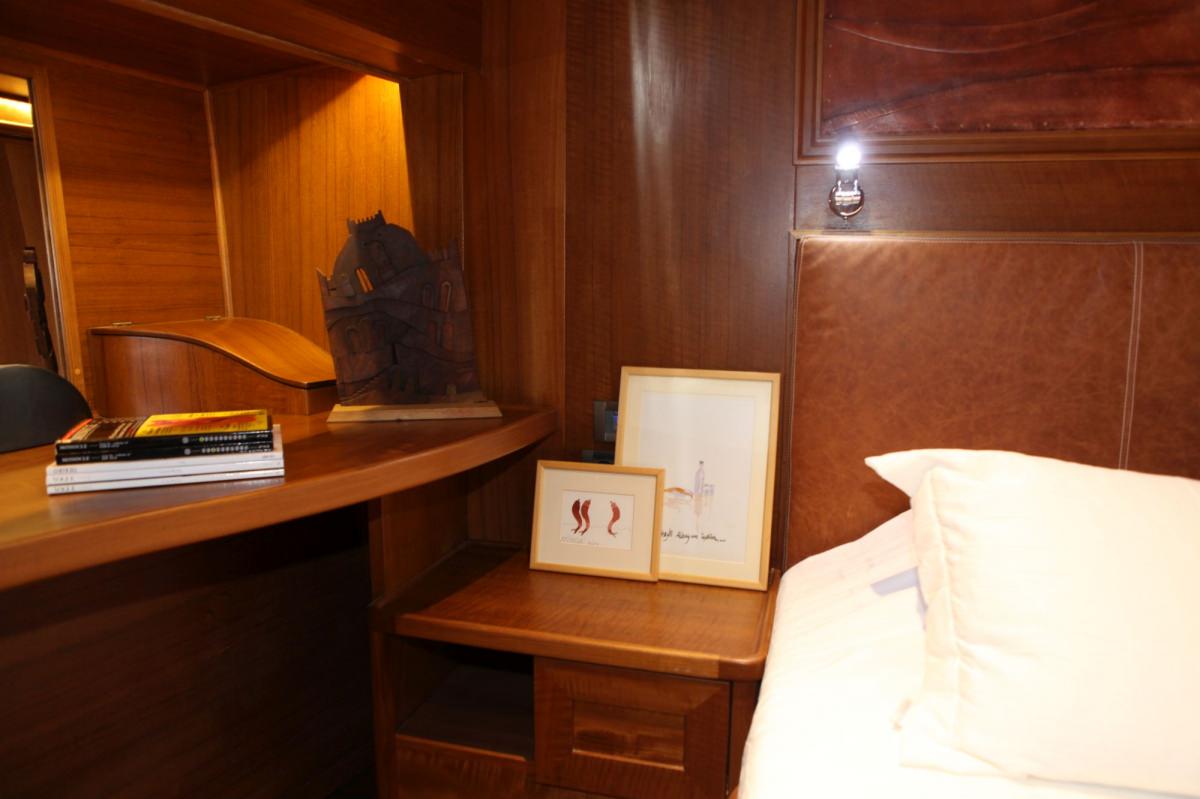 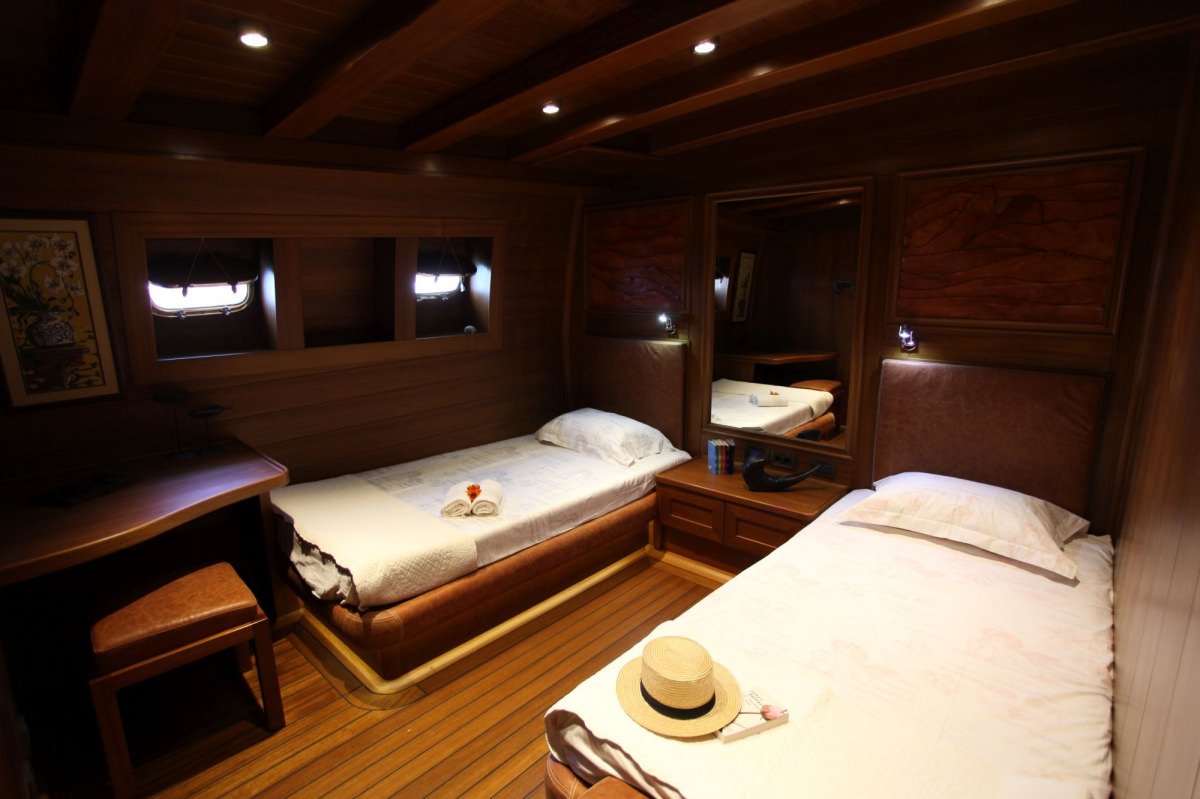 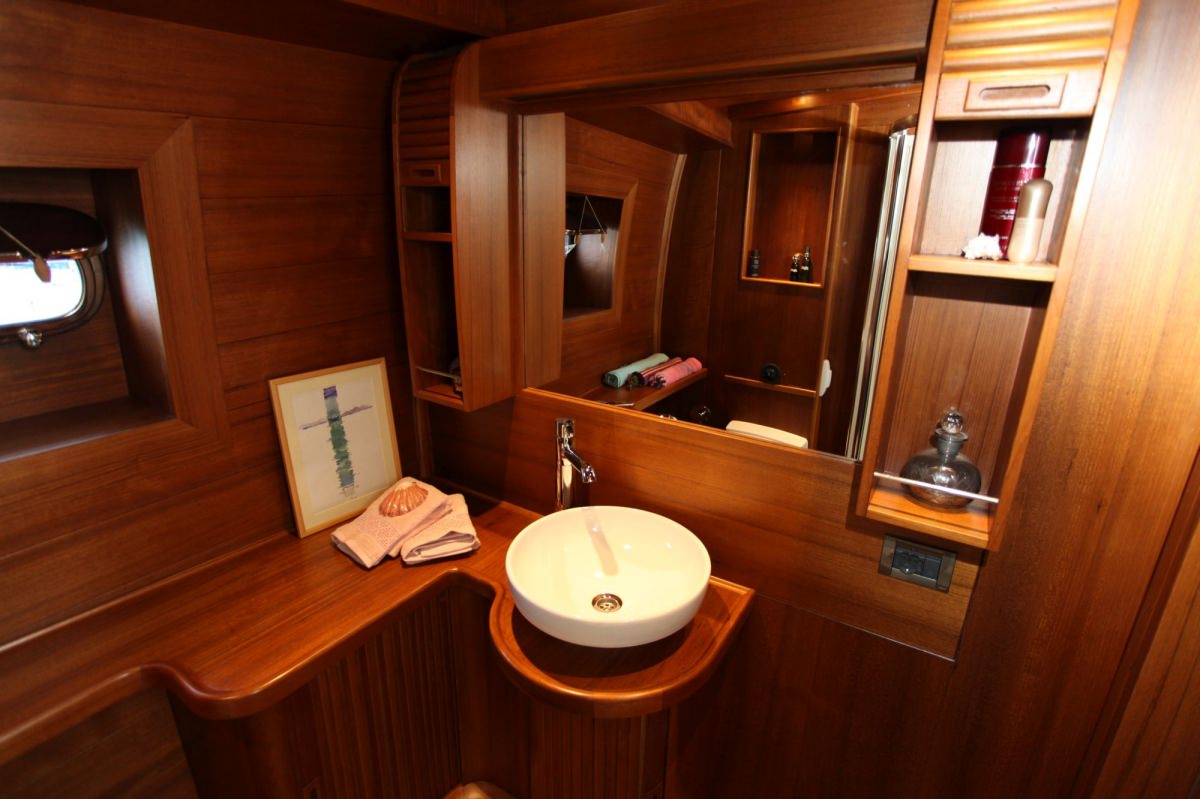 Captain Mustafa Kemal Kahraman Ozalp
Captain Mustafa is a very dedicated seaman. Having started his career at a very early age of 14 for eight years on a diving boat as deckhand which was his first but not last experience on sea, he is quite knowledgeable and experienced captain with his patience and detail-oriented character. In the following years he took his place among the crew of different sizes of both private and charter yachts, at captain position since 1994. His passion of sea took him to sail along Croatia, Italy, BVI and many times in Greece and Southern Turkey. Some of charter yachts he worked on before are Sunworld IX, luxury yacht Hic Salta, Ecce Navigo and Eylul Deniz II. His English level is advance.

Chef Umit Seker
Umit is Turkish and was born in 1989. He worked at a five star hotel for seven years that made him gain further experience in Turkish and Mediterranean cuisines mainly before he started working in yachting industry. Finding new recipes and adding new touches to his expertised cuisines is his biggest interest. He is very much creative and enjoys spending time in the kitchen.

Steward Selami Dedeli
Selami was born in 1985 and he is Turkish. After a six years of working period as the chief of resturant department at five star hotel in Antalya region, he made his decision on working at sea. Selami speaks intermediate level of English and German. He works well under pressure, adapt to new situations and always look forward to a challenge.

Deckhand Serhat Erdogan
Serhat is the youngest among the crew who was born in 1993. He worked on Blue Waters Hotel for seven years before he started his career on CAKIRYILDIZ since winter maintenance period. He is not only a good deckhand but also in charge of interior and exterior area’s cleanliness and holding his seamen’s book.

Deckhand Burak Kaya
He is a dedicated seaman, working really hard not only to keep the yacht in good condition but also to meet the needs of the guests. Burak worked on gulet Sultan A before he decided to join CAKIRYILDIZ team.

Engineer Hasan Meric
Being the engineer of CAKIRYILDIZ, Hasan has the control of the engine room of the yacht. He gained experience as an engineer from his previous yachts which we can mention Take It Easier and Dolce Vita. Hasan was born in 1974 and he can speak little English.